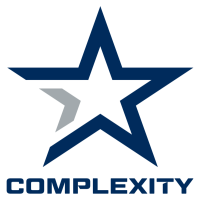 Skemberlu is a 21 years old Dota 2 player from Philippines that is currently playing for Complexity Gaming team. Skemberlu has earned $44,347 for the entire Dota 2 pro career.

Skemberlu has totally played in 30 competitions for the last 6 years. In that period the player won 7 events, was a runnerup in 4 tournaments and has taken the 3rd place 8 times. The most beneficial appearance for Skemberlu was Asia Pacific Predator League/2018 in 2018 with $50,000 in prize reward shared for the place #1.

Skemberlu has received the first profit playing Dota 2 in the year 2016. As stated in annual performance analysis, the year 2018 was the most profitable for this player with $115,755 in prize money distributed. The most dynamic year for Skemberlu was 2018 with 16 appearances in official competitions.