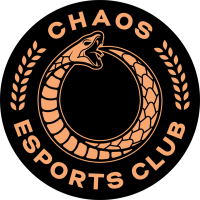 MATUMBAMAN is a 26 years old Dota 2 player from Finland that is currently playing for Chaos Esports Club team. MATUMBAMAN has won $3,541,536 for the entire Dota 2 professional career.

MATUMBAMAN has totally took part in 97 competitions for the last 9 years. In that period the player won 28 tourneys, was a runnerup in 17 tournaments and has taken the 3rd place 19 times. The most profitable appearance for MATUMBAMAN was The International/2017 in 2017 with $10,862,683 in prize money shared for the position #1.

MATUMBAMAN has acquired the first income playing Dota 2 in the year 2013. Conforming to yearly performance breakdown, the year 2017 was the most rewarding for this player with $12,083,862 in prize money shared. The most active year for MATUMBAMAN was 2015 with 33 appearances in official events.