Team Liquid is ranked #14 among 496 League of Legends teams worldwide , #2 among 26 teams in United States, #1 among 11 teams in Netherlands by money won. 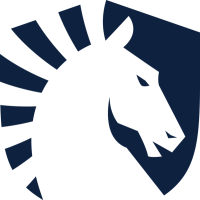 Team Liquid has totally participated in 18 events for the last 6 years. In that period the squad won 6 events, was a runnerup in 3 tournaments and has taken the 3rd place thrice. The most profitable appearance for Team Liquid was Mid-Season Invitational/2019 in 2019 with $200,000 in prize reward shared for the position #2.

Team Liquid has acquired the first profit playing League of Legends in the year 2015. According to annual performance analysis, the year 2018 was the most rewarding for this squad with $418,651 in prize money shared. The most dynamic year for Team Liquid was 2018 with 5 appearances in official events.